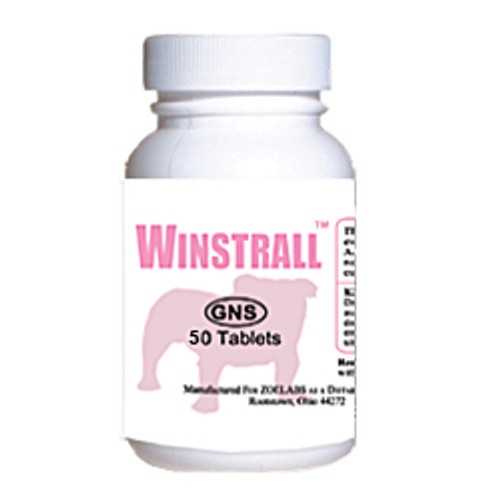 Image will be updated soon.

MOST PEOPLE ARE USING WINSTRALL DURING A CUT UP PHASE, BUT IT CAN BE STACKED WITH ADDED BENEFIT WHILE BULKING AS WELL. Winstrall plays an important role in mood and well-being. It is also believed to be key in the CNS regulation of lipolysis and metabolism. Dieting is often believed to lower levels of acetylcholine in the brain,which in turn may work against the dieter by interfering with the normal regulation of metabolism and lipolysis.

Its effect is presumably not local but is still intended to support fat loss by helping to regulate normal brain control over tissue metabolis.

Winstrall is a powerful non-prescription hybrid that is reputed to possess highly stimulating, non-virilizing and anabolic properties. Winstrall pro-anabolic/androgenic agent is reported to possess analogous lypolytic effects to those experienced by users of stanazolol tablets. Stanazolol is the active ingredient in the anabolic steroid Winstroll. Additions of three chemical synergists to this mixture has been shown to allow for absorption through the mouth allowing a high percentage of the active ingredients to bypass digestion.This mixture has been shown to be extremely fast acting producing a surge in energy in some users. Athletes have shown impressive results with when compared to 2mg stanazolol tablets.

Lean, vascular muscle gains are reported with as little as 1 - 2 tabs per day. Sold under the trade name Winstrall, this new supplement by Zoe Labs, is among the safest new orals to hit the market.

Government regulations make any true performance enhancers fall into the FDA's guideline of illegallity.... Example...Andro, GHB, Tricana, Furanone, Cyclofenil etc... Due to the sensitivity of this matter it is recommended to purchase this product while it is still available.

Start building muscle size and strength with WINSTRALL by Zoe Labs & other Prohormone Supplements at i-Supplements.com.

These statements have not been evaluated by the FDA. These products are not intended to diagnose, treat, cure, or prevent any disease.
Supplement Facts Nutritional Facts Product Reviews